The UK is facing a gas shortage — one that’s raising new questions about how important green energy sources such as solar photovoltaic, hydropower and wind could be for UK homeowners in the near future.

Earlier this month, the National Grid warned UK households that gas supplies were running so low that they may not be able to meet public demand within the week. The statement comes at a time when large parts of the UK are facing consistently low winter temperatures.

The squeeze on gas supplies is the largest in a decade, with Britain increasingly relying on gas from countries such as Russia to supply both residential and industrial customers. Other major suppliers of British gas include Qatar (29%) and Norway (more than 60%).

This month, another shipment of liquefied natural gas (LNG) will be delivered from Russia for the UK domestic market, sourced from the Yamal plant in Russia’s far north. From there, the gas will be transferred from Milford Haven and converted into the UK energy network.

Despite the warning, the government has noted that households will not experience any issues related to gas supply. Homeowners have also been informed that their home energy bills will not be affected as a result of the shortage.

However, the shortage of gas still has significant effects for the UK — effects that may just not be apparent on this month’s energy bill. One of these is that industrial users may face limitations to their ability to use normal amounts of energy, experts claim.

Consumer gas prices have surged as a result of the “Beast from the East” cold weather surge in the UK. Combined with storm Emma, the resulting temperatures are some of the worst in recent history, resulting in a significant surge in gas consumption.

Prior to 2004, the majority of gas consumed in the UK was produced domestically from supplies in the North Sea. However, production has declined significantly over the past decade and 60% of gas used for energy in Britain is currently imported from abroad.

According to the National Grid, this figure could increase to 93% over the next 15-20 years as the amount of gas produced domestically in the UK continues to fall.

The increased attention to natural gas consumption, which makes up for 40% of total electricity consumption in the UK, has caused many to start discussing renewable alternatives to the UK’s current dependence on gas.

While the UK’s gas-related situation isn’t critical in the short term, as foreign supplies are ample and weather conditions are temporary, advocates of renewable energy have stated that the cold snap should serve as a wake-up call for the use of renewable energy in Britain.

Obstacles to further progress towards renewables include the government’s decision to end the proposed zero-carbon homes policy in 2015, as well as a lack of ambitious, top-down policy on renewable energy, energy efficiency and green homes.

For now, the only option for UK households is to keep the heating temperature comfortable, put on an extra layer of clothing and hope that the “big freeze”, as it’s become known, comes to an end as swiftly as possible. 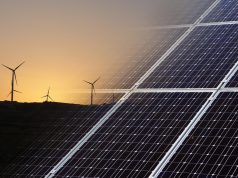 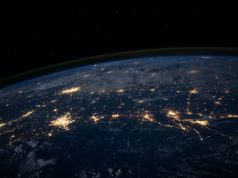